Plaque down alley, on right of the building, shows land given in 1815 by the Clitherows of Boston House for building the first school. Used for canal children in 1950s.

The two plaques pictured below read: 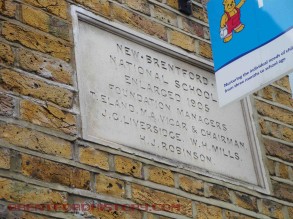