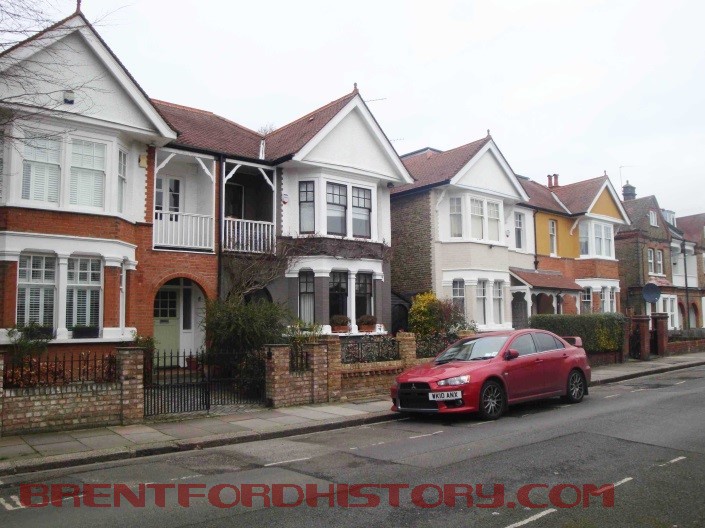 (east side) Residences built early 20th century. In St Paul’s Conservation Area. History Groups of early 20c houses. Some on North side with interesting “teddy bear ears” porch detail. The flats on the far north east corner were built 1939 and replaced houses like those towards the Butts. [mapsmarker marker=”113″] END_OF_DOCUMENT_TOKEN_TO_BE_REPLACED

By the early 20th century the orchards had gone and the road was built up on both sides. There were shops on the corners of the side roads and the consecutive numbering had been changed to odds and evens as it is nowadays.

The 1901/2 street directory shows the east side of the road at number
1 Frank Jarvis was a baker,
43 John Edward Ross was a hairdresser,
45 Robert Dixon greengrocer,
57 Thomas Everdene was a grocer,
The Griffin had been there since 1884 and Henry A Compton was the landlord.
59 Frederick Luffrum was a greengrocer. END_OF_DOCUMENT_TOKEN_TO_BE_REPLACED