Group of early Victorian buildings and one 18th century.

37 was built as National School 1893 to replace a girl’s school built in 1840s. 300 pupils with infants on the ground floor and girls on the 1st floor. Lavatories were at the back of the playground.

Closed 1931 after the opening of Brentford Secondary Modern School (now Brentford School for Girls). Was a Youth Club for many years and now a pre-school nursery. 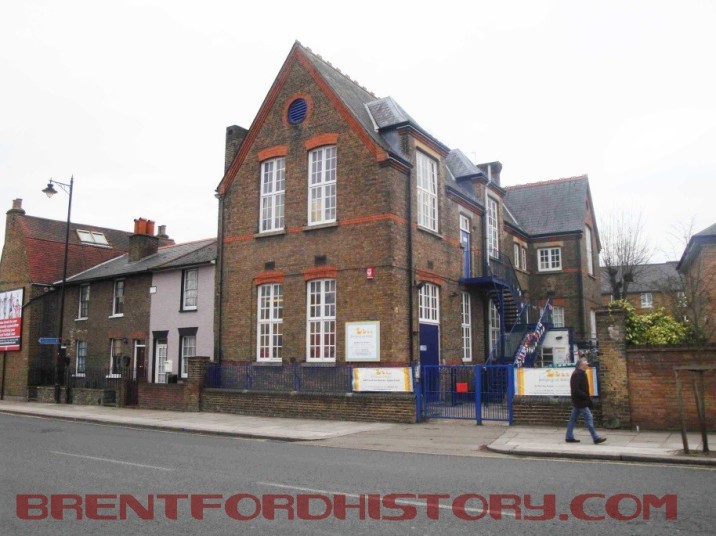