Built in 1904 as a community centre for canal families, now a private residence.

Boatman’s institute, later house. Built in 1904 for The London City Mission by architect Noel Parr. Arts and Crafts style. Comprised two schoolrooms on the ground floor with living accommodation above.

EXTERIOR: Brick and pebbledashed with red brick quoins and pantiled roof with two brick chimneystacks. Two storeys : irregular fenestration. First floor has central large wooden window based on Sparrowe’s House Ipswich , replaced in later C20 in replica. This is a triple window supported on 4 moulded wooden brackets. Above is a curved gable with the date 1904 and “BOATMAN’S INSTITUTE: This is flanked by two tall narrow windows, the upper halves with glazing bars, the lower with central division. Very tall ground floor, to accommodate the height of the schoolrooms, has at the top a continuous 8-light window. Below this is a projecting central battered porch with wide entrance flanked by two triple windows. To the left is a cambered casement window and to the right a cambered doorcase. Beneath the ground floor windows are a series of small tablets to benefactors which include the wife of the architect. The rear elevation has stock brick ground floor and pebbledashed first floor. Red brick quoins and band between floors. Three 12-pane sashes to first floor. Ground floor has late C20 brick extension.

HISTORY: The Boatman’s Institute provided basic education including religious instruction to the children of boatmen and two rooms of the living accommodation above were used as maternity provision for boatmen’s wives until the National Health Service was set up. Only 5 or 6 examples of boatmen’s institutes are thought to exist nationally.  [See Carolyn and Peter Hammond “Brentford” in the Archive Photographs Series Tempus 1998 p109.]

Built on the site of a water mill in Arts & Crafts style to a design of Nowell Parr for the London City Mission to provide a Minister for canal families, a community centre and maternity hospital and schooling for the children. It seems there was a library for some time but there were difficulties in getting the books back.

Foundation stones were laid in July 1904 by a number of local worthies and their wives. It closed in 1978 and is now a private house. The back of the building opens on to the River Brent where the weir and water controls from the earlier mill can be seen.

It has been described as ‘more Voysey than Nowell Parr’. 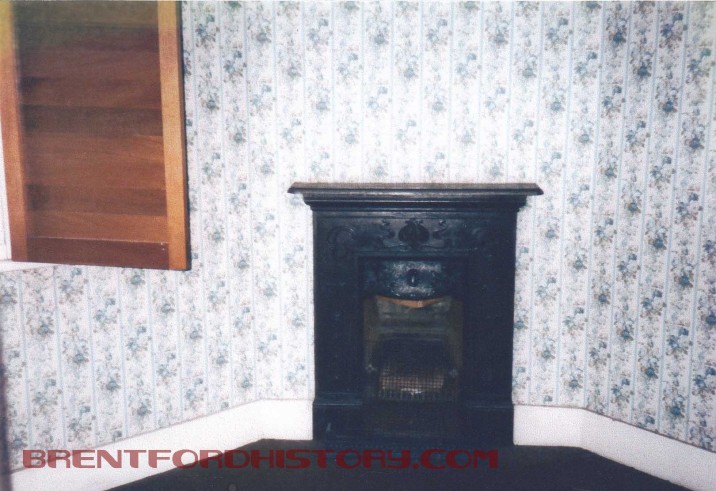